There are many small villages which has long history, but there are is just a little information published online about them. Writing a history of such village is quite complicated task and I'm trying to do my best in such tasks. One of those villages is Nemějice in Písek district - it was problem to find detailed information about this village online, but I have tried to compile at least those few notes I have found. 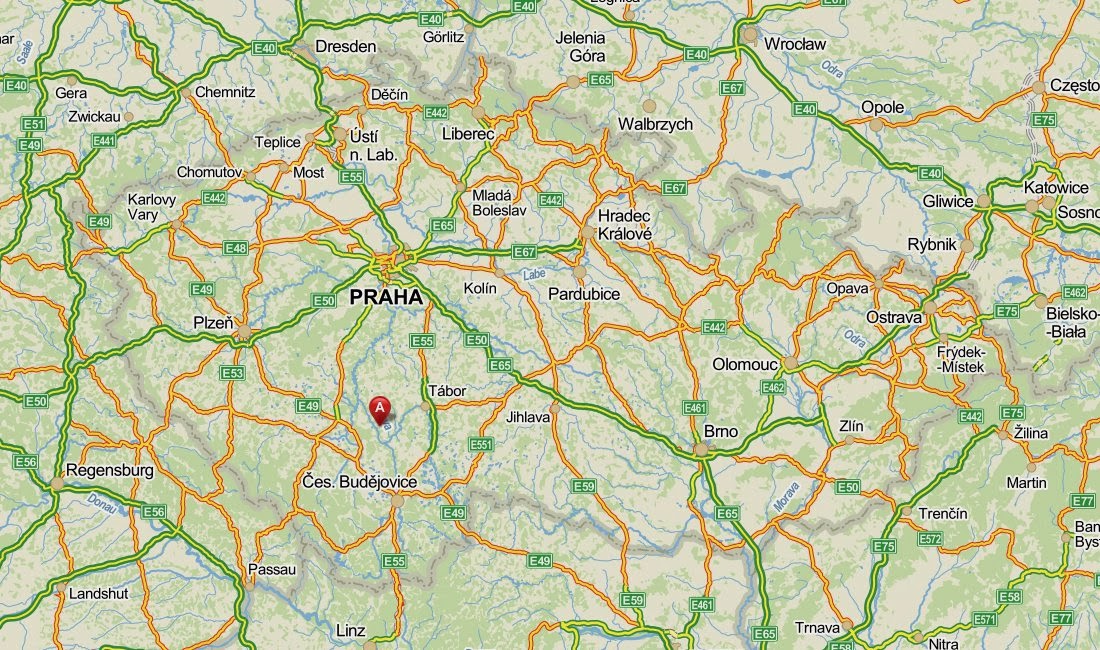 Location of Nemějice in the Czech Republic (source: Mapy.cz)

Nemějice is a small village (abt 80 inhabitants in 40 houses) located in Písek district, near the road connecting Bernartice and Týn nad Vltavou. Nowadays it is part of village Slabčice which can be found about 1.5 km west from Nemějice. 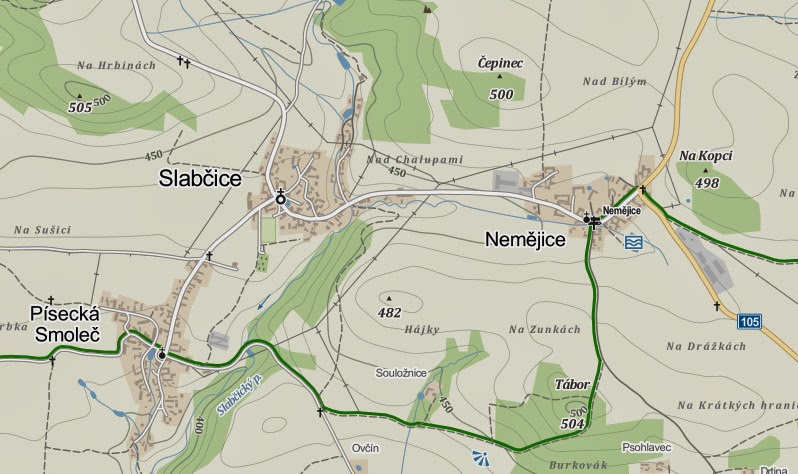 Nemějice followed the domain to every new owner. As is visible from the map of 1st military survey (see below), the village was still surrounded by forests in 1760. There are not so many forests in the surroundings today as the tourist map (above) shows. Nemějice was (and still is) a typical agricultural village of South Bohemia, even the fact it is located in higher altitude (abt 450 meters above the sea level). 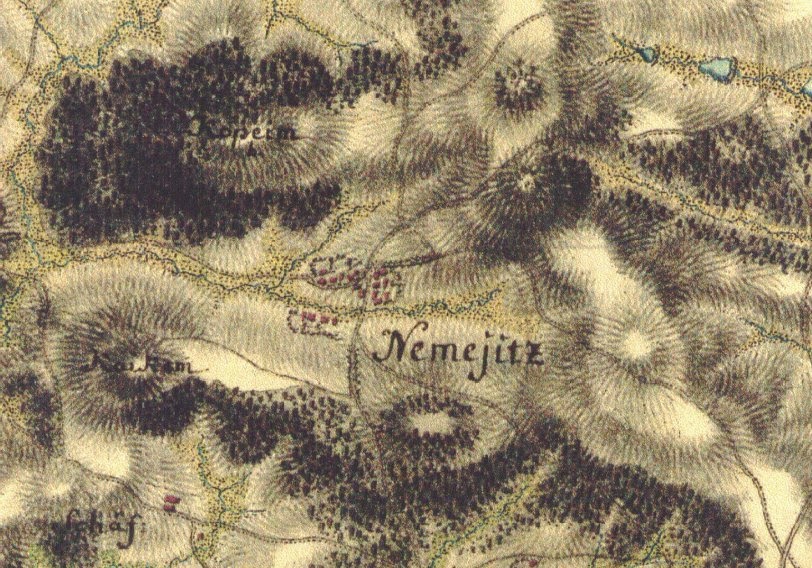 Nemějice belongs under Chrášťany parish which is under administration of SRA Třeboň. Parish books are available online: http://digi.ceskearchivy.cz/cs/4124, births from 1724 to 1904, marriages from 1724 to 1932 and deaths from 1724 to 1914. The records for Nemějice prior to 1724 were written to registries in Bernartice parish.