It's Sunday afternoon here in CZ and I was thinking what I should write about next. And as it is Sunday and it should be a day off, I decided to write a post about - a death. Ah. No, not a usual one. About two interesting deaths from a parish where my own ancestors were from.

Time to time, if you are lucky, you can find a bit more than a usual (and boring) cause of death. When the priest tended to be a bit gossipy, he left more information than was usual. Priest in Mrákotín parish (in Jihlava district, Vysocina region) was one of those gossipy priests. His name was Karel Šafránek, he was a vicar of Mrákotín parish and he lived there between 1859 and 1877 (when he died there). 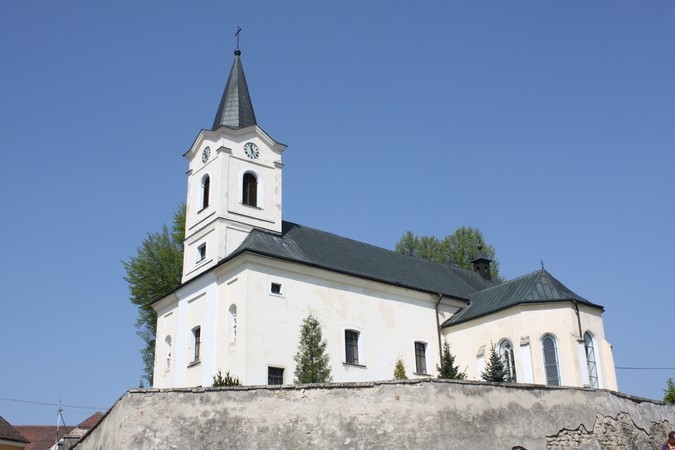 First one I want to mention is death of František Šimkovský who died in August 1867. He was just 23 years old, originally from Batelov, but serving in Mrákotín. And what happened? Well, it could have been like this...

It was hot August, sun was shining and temperatures were really high. Young František, tired after long day spent harvesting the crops, decided to freshen up in the largest pond by Mrákotín, which is called Řibřid. He wasn't a good swimmer - in fact he couldn't swim at all. But the pond is shallow on the banks and it wasn't a large risk.

But the hot weather took its toll. František was too tired, more than he expected. He wasn't as cautious as he usually was. He stepped too far away from the bank and suddenly the water was too deep for him. He panicked - he couldn't swim, he couldn't think. He screamed when he was able to get above the water but there was no one around to help him...

All was summed up in the death registry: He bathed in the Řibřid pond by Mrákotín, he went suddenly to the deep water, from which he was not able to get out by himself, so he acceidentally drowned, he couldn't swim. His body was found after an hour and it was officially examined.

Marie Buzková
Second one is a death of Marie, wife of Jakub Buzek, weaver from Mrákotín. She was just 25 years old when she accidentally died. Cause of death field shows following: Nenadále se zasypala hlínou z břehu, ie. she was accidentally buried under clay from a bank. But - what does this mean?

Karel Šafránek added an explanation. The family decided to build a cellar. They needed clay to strenghten the walls - and the best clay was in the bank of local brickyard. Marie went there to dig some more clay when the bank broke loose and fell down on her. Let's see what the vicar wrote down:

Accidental death. They were building a cellar, she was digging a clay from the bank by the brickyard by Mrákotín where the back was already too undermined. Large part of that bank buried her, her head was crushed, legs and arms partially broken, she was crushed up.

Not nice reading, I know. But you see - if you are lucky enough you can find such notes about your ancestors or their relatives, too. :)
By Blanka L. - September 07, 2014