National Memorial to the Heroes of the Heydrich Terror

It's been 80 years this year since the assassination of Reinhard Heydrich, the commander of the Reich Security Main Office (RSHA) and acting governor of the Protectorate of Bohemia and Moravia, took place. It was 27 May 1942 when two brave men, Jozef Gabčík and Jan Kubiš, attacked the head of the German "government" of the Czech lands. 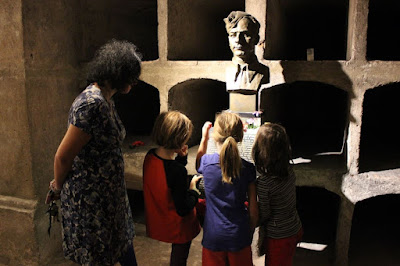 There were tons of words written about these events - but I want to write about something else today. I want to take you to the crypt of the church of Saints Cyril and Methodius in Prague where the brave attackers and their helpers were hiding - and where they died on 18 June 1942.

It's a place I regularly visit - not only alone, but also with my kids. Because I think it's very important to pass on the story of seven paratroopers who died in the crypt. They died in their fight for Czech and Slovak freedom and independence. 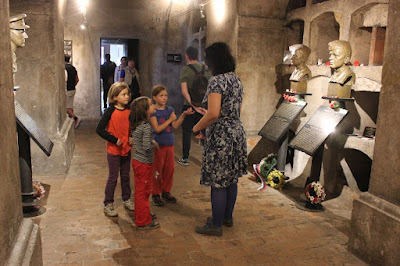 The fight took place in the church directly - and the crypt was the last place of this fight. The crypt, which is today the National Memorial to the Heroes of the Heydrich Terror, was originally a place where were buried priests and monks belonging to the St. Cyril and Methodius church. Those boxes you can see on a photo above were used to store their bodies. 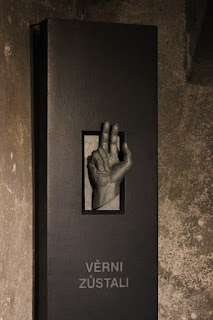 "They remained faithful" is an inscription on one of the memorials in the crypt. It refers to the death of those seven paratroopers who decided it's better to die than to be captured by Germans. Their names were Josef Gabčík, Jan Kubiš, Josef Valčík, Adolf Opálka, Josef Bublík, Jan Hrubý and Jaroslav Švarc.

The National Memorial is open for public and the admission is free. My friend, who is on the photos above, is one of the guides in the Memorial. If you travel to Prague, I highly recommend to stop in the crypt and listen to the story of the paratroopers and their fight.

Do you like our posts? And do you want to see more photos from the Czech Republic and read about the curiosities from the parish books and other sources? You can! Become our patron on Patreon and get an access to much more than we publish here. See more on Patreon: https://www.patreon.com/czechgenealogy