Well, this is not too much of a genealogy post, anyway I decided to put together those traditions which we are used to keep. There were less of these traditions when I was a child because we were not too "traditional" family, but as I'm growing older, I'm trying to incorporate more old traditions to our family life - just because I like them. And I like them mainly thanks to my own interest in genealogy.

Advent starts 4 Sundays before Christmas - and we lit a candle each Advent Sunday. There is an Advent wreath with candles made each year (this one I made this year - 2014 - together with our daughters). 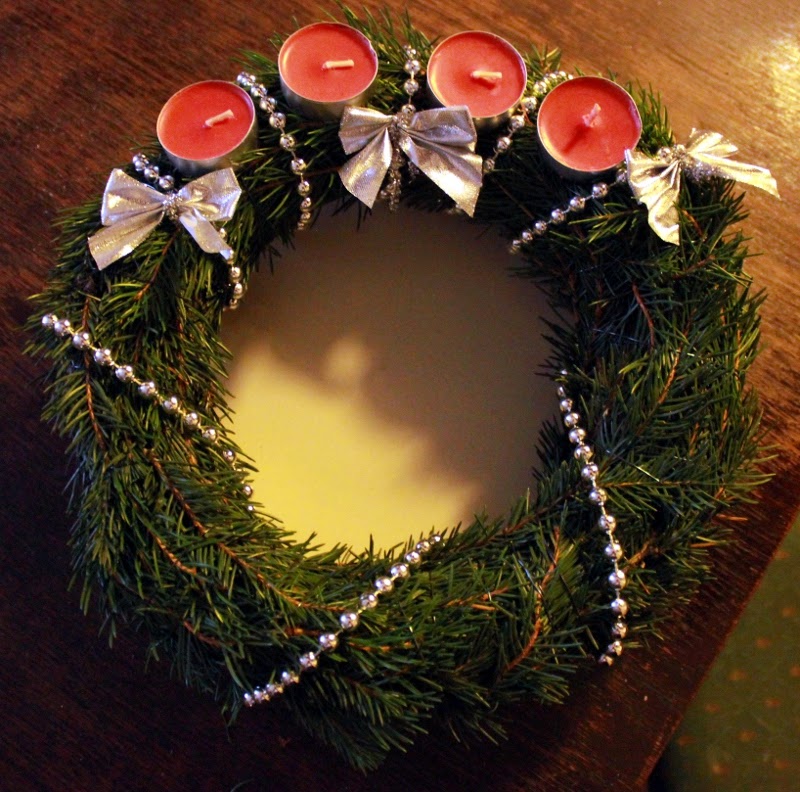 The most important day for us is 24th December, Christmas Eve - it's the day before Jesus's birth and end of the year in old church tradition. We are gathering together and giving presents on that day instead of morning of 25th Dec.

We are not fasting on the Christmas Eve - or at least not too much, so we are not lucky to see a golden piglet (which is said to be seen if person fasts whole Christmas Eve). First of all we decorate the tree during the morning with decorations made out of Vizovice dough (1 lb of smooth flour, 6 oz of water, one spoon of vinegar) and dried oranges or apples. Then we wrap gifts - there are four types of gift everyone should receive: something hard (a book), something soft (clothes), something person wants and something person needs.

We take a walk in the afternoon to prepare for the dinner which is served at about 6 PM. Traditional dinner should include carp slice and potato salad. Well, we don't eat carp (it has too many bones) so we replaced it with salmon - anyway, we eat fish because it's was not considered as a "meat", so eating fish didn't mean breaking the fast. Potato salad is very young tradition which was created during the 2nd World War - but it has it's place in almost every home today.

Our potato salad consists of potatoes, eggs, sausage (soft salami), onion, carrots, pickled gherkins and mayonnaise. Every family has a bit different salad, someone puts there salami, someone doesn't, someone adds celery or peas, it often depends on what the person is used from his/her home. 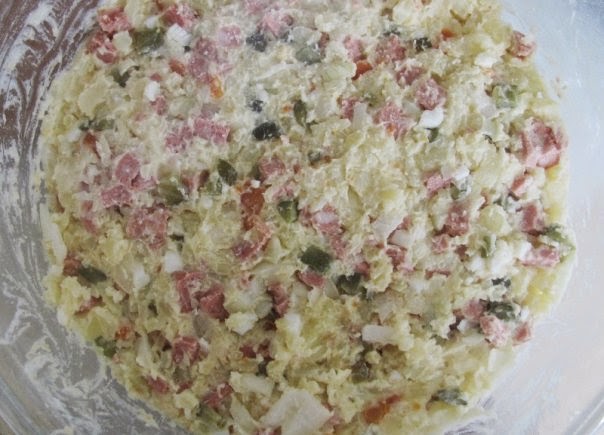 We lay the cloth for another person - accidental visitor who can come to our table. This custom origins in the Christian hospitality when people were prepared to host a visitor (pauper or beggar) during the Christmas holidays.

There is time for load of customs after the dinner - singing Christmas carrols, cutting an apple in two parts to see if the core shapes a star (if so, we all will gather again next year; if not, it is said that the person who misses the star will die during the year), pouring the lead (to see our future). We read a Christmas story (version for children) and explain who Jesus was and why are we celebrating Christmas.

One of the most popular Czech carrols - Narodil se Kristus Pán.

Very popular (not only among children) are Christmas sweets - there are tens of kinds, shortbread, vanilla rolls, wasp's nests... I found some of the recipes here: Czech Christmas Cookies. And of course vánočka (Christmas bread)! Here is a recipe for it (it's almost the same as I do): http://czechmatediary.com/2008/12/11/vanocka-recipe/ 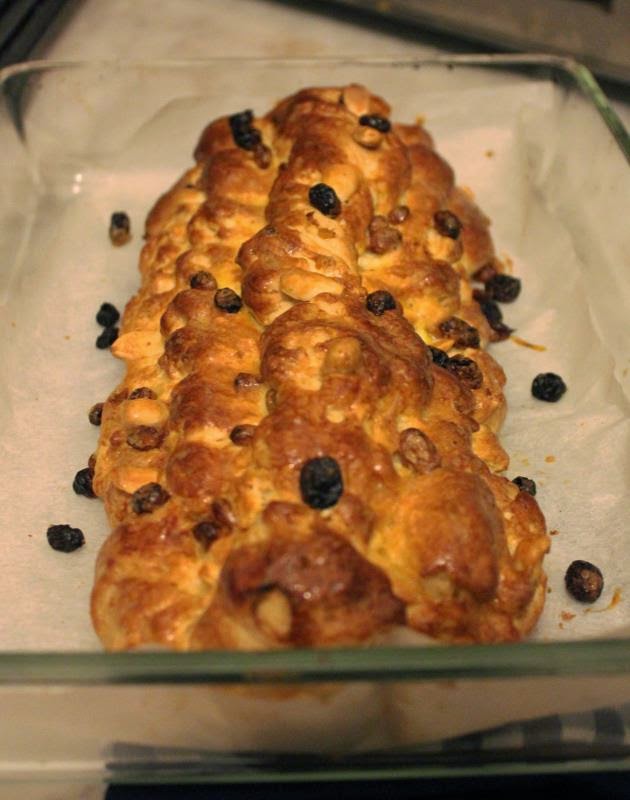