The domicile law was needed when serfdom was revoked after the revolution of 1848. Most people were subject to some domain before 1848, they were serfs and they belonged to that domain. The village where they lived had some duties in case their inhabitants needed assistance - such as poor people living in poorhouse (pastouška in Czech), receiving basic help from their neighbours. But there were no legal obligations which would state how the village administration should take care of those people. 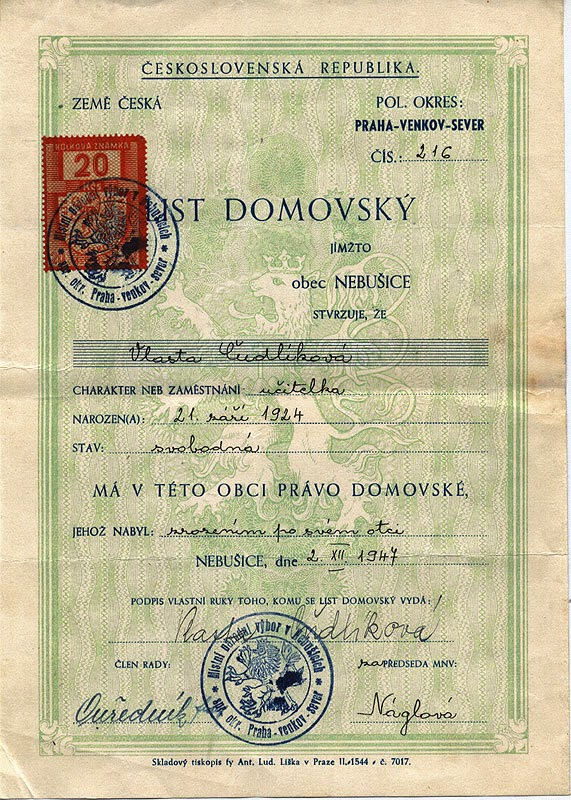 Law of 1863 was valid til 1948 - Czechoslovak republic which was created in 1918 decided to keep this law valid because it was useful. This law stated every person was related to some village and it was possible to gain domicile law in four ways:
It also stated basic duties of the village - every "domicile" person had a right to stay in the village, to be taken care of by the village. This was often very expensive - the village had to pay every expense from its budget (ie. food, flat and anything else needed) for those who were not able to provide themselves. Every person had to belong to some village - if someone was homeless or it wasn't possible to decide where he belongs, he was assigned to some village by the decision from above (district court or administration).