You can find number of different notes in the birth parish books which were written there later, during the life. Those notes mention different life situations - confirmation, marriage, death, sometimes emigration and other events.

One of the most common notes is the one mentioning issuing a baptism certificate. There are different ways how to write this down. As the Catholic church used Latin for most of such notes, you can often find inscriptions such as Lev. litt. bapt., Exh. bapt., Křestní list or just Kř. l. All there mean the same - the baptism certificate was issued on the given date for some of the official purposes.

Here are some examples of such notes in the parish books. There are from different parts of the Czech lands and it doesn't cover all possibilities how to write these notes down: 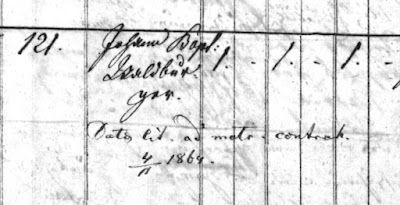 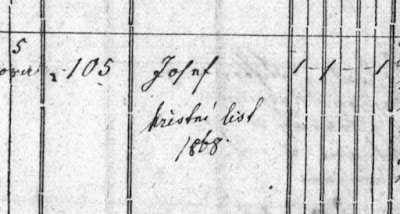 Most of these notes were most probably about issuing the baptism certificate for the marriage purposes. But there was number of other purposes as well - for education, work, military service, moving elsewhere (including emigration), also for official purposes such as an action in court or employment by the authorities.