Křesetice is located in Kutná Hora district in the Central Bohemia region, about four kilometers south from Kutná Hora. It's placed in the valley of Křenovka creek surrounded by fields. Its name comes from the name of laird Křesata - it meant his village, village of his serfs. 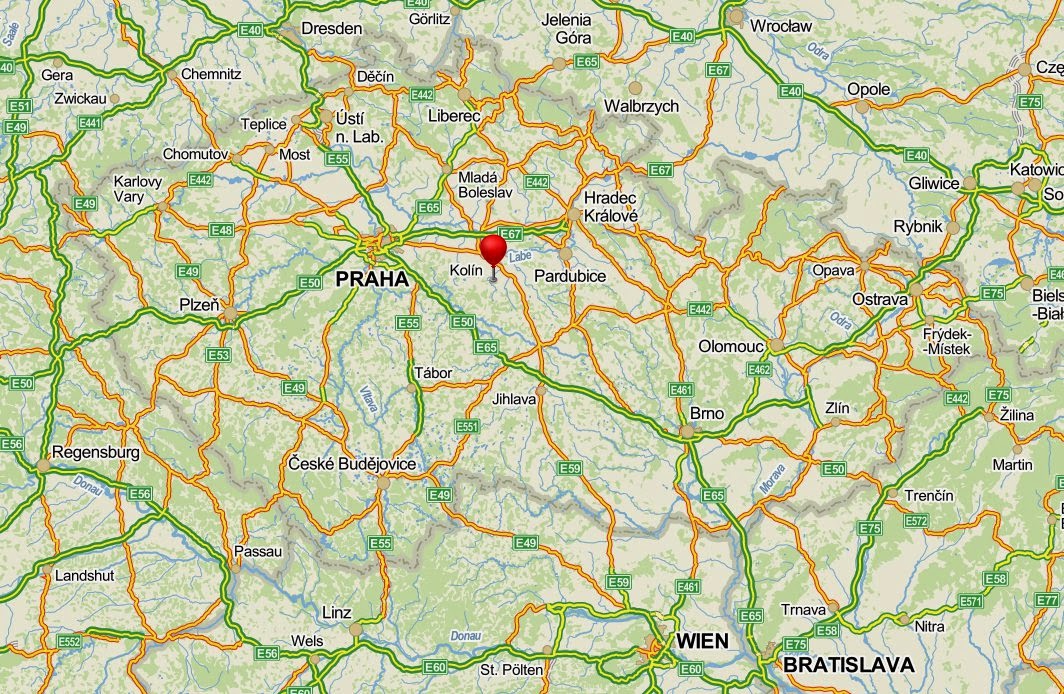 The first written note about the village comes from 1352, when it was mentioned among villages belonging to the Prague episcopate. However, gothic church of St. Margarethe was built before this year and it's sure the village was founded in 6th century - there are archeological excavations pointing to this fact. 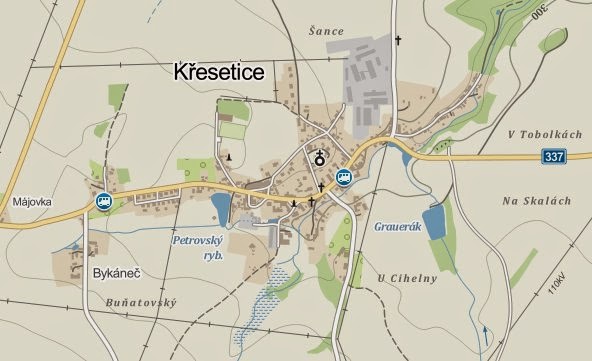 Křesetice were a center of a domain. Local fortress was rebuilt to a chateau in 17th century. It was owned by Jesuits and when this order was disbanded during the reign of Josef II., the domain fell on the church foundation which was crerated to support public needs. Then the domain was sold in 1824 to Jan František Svoboda, owner of a publishing house.

Local people worked maily in agricultue in the past. Most of them were farmers or were working on fields, some of them were craftsmen. There were also people administering the domain and its properties, such as steward, clerks, caretakers and so on. Many people left to Kutná Hora and Prague in 2nd half of 19th century and many people work in Kutná Hora or Kolín today. 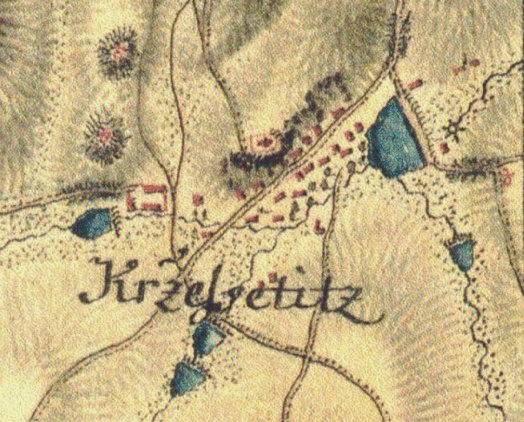 Křesetice belongs under Bykáň parish which is under administration of SRA Prague. Parish books are available online: http://ebadatelna.soapraha.cz, births from 1664 to 1910, marriages from 1663 to 1898 and deaths from 1697 to 1898. Older records for Dehtáře are also available in the Kutná Hora parish