Serfs register according to their faith from 1651 (updated)

One of the oldest sources which covers most of Bohemia is the Serfs register according to their faith (soupis poddaných podle víry) which was created in 1651. It covers just Bohemia, not Moravia or Silesia. If your ancestors were from Bohemia, it is a wonderful source of information. 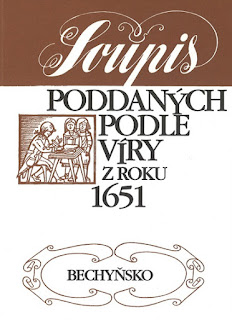 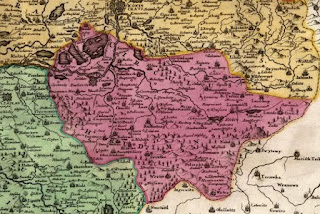 National Archives in Prague published the registers for those regions which still exist as books. And as it was almost impossible to buy these book, National Archives decided to publish a digital version of these books and make them available for anyone who is interested. They published them on their website: https://www.nacr.cz/vyzkum-publikace-odborne-akce/publikace/e-knihy. As it is a bit complicated to download the PDF files, here are two screenshots from the website (first click on Detail and then on E-kniha ke stažení zde):

And what can you find in these books? There are lists of serfs divided by the estate and the town they lived in. Here is an example of a small village called Votice (today Otice) on Uhříněves domain, Kouřim region, south from Říčany. 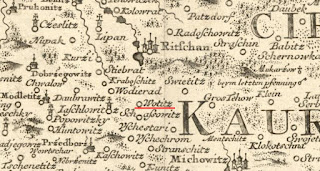 First column contains name (and surname, if available, if not, just N. is showed), second column informed if the person is serf of the domain (p for poddaný, ie. serf, np as nepoddaný, ie. not serf of that domain), third column contains occupation or social status of the person (see list below), fourth column contains age of the person, fifth and sixth column contains information about the religion (k for katolický, catholic, n for nekatolický, non-catholic). The last column, containing +, means there is a chance to convert the person to the catholic religion.
Not all living people were included in the list - as you can see, there are usually not mentioned children under 12 years of age. Those were excluded because they didn't go to confession yet and because of it were not so important from the church point of view (they were considered to be able to become catholic).
If you find our blog posts interesting, what about inviting us to a coffee? Become our Supporter on Patreon, it means two coffees a month for us. See more on https://www.patreon.com/czechgenealogy. Thanks!

The most common occupations or social status of the people listed in the register:
By Blanka L. - October 27, 2019