Estates V - When it all ended?

The beginning of the estates dates back to the medieval ages as you could have read in the previous blog post. But when - and how - it all ended? 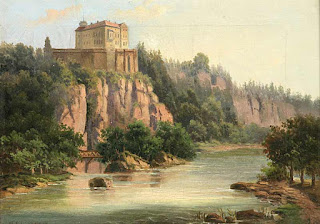 Orlík castle on a painting by Vilém Ströminger, 19th century.


There are two phases of the end of the estate system. The first part dates to the end of 18th century, to the times of the reforms made by the Emperor Joseph II. He issued an act to abolish some aspects of the serfdom in 1781. The act allowed the serfs to independently choose marriage partners, pursue career choices, and move between estates.

There was a huge but - the nobility in Bohemia didn't agree with the act and decided to not enact it. The serfs were given some amount of independence, but the estate authorities were still the nearest authority. Also the corveé (unpaid work) and tax system was still in place.

The second phase dates to the middle of the 19th century, during the reign of the Emperor Ferdinand I. He issued an act about the abolishment of the serfdom in September 1848, shortly before he resignated and Franz Joseph I. started to reign.

The act cancelled the difference between the dominical and rustical land (see previous post), all the land was released from the duties and the duties (both corveé and taxes) were cancelled. It also meant that a special committee had to set the fee for both the land and the duties - former serfs had to pay this fee to the estate owners as a compensation. They didn't have to pay it in one payment, but were allowed to spread the payment to 20 years.

The land which was owned and administered directly by the estate authorities still was the property of the estate owners, but they now had to pay for any work which was done on those land. As no corveé was in place anymore, people became regular employees of the estates.
By Blanka L. - December 24, 2019