South-eastern Moravia was left by quite a large number of people heading to the U.S. They were looking for a better life, better living conditions as well as land to own. Some of them succeeded, some of them not that much. Anyway, some of these people were from Žeraviny, small town not far away from Hroznová Lhota or Kněždub (links go to the blog posts about immigration from these two towns). 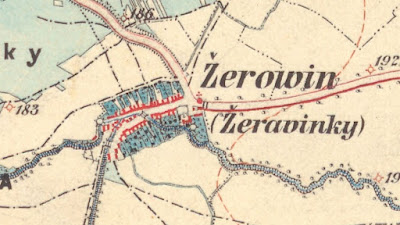 So, who immigrated to the U.S. from Žeraviny? There are some notes in the parish books about those people who left. There are not too many of them, but they are still worth mentioning.