Mandatory school education was a part of our ancestors' everyday life since 1869. The children were obliged to start the school when they were six and they were expected to complete 8 years of the basic education. And as schools were meant to be "the churches of education" many of them started writing chronicles in the 2nd half of 19th century. Since the first half of 20th century almost all schools had chronicles. 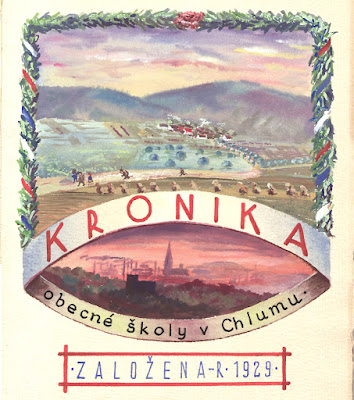 What was written in those chronicles?

Usually memorable moments not only of the school life, but of the life of whole town or village. There were statistics of the school attendance, important education laws and regulations, composition of the school council, information about teachers and other things connected to the everyday school life.

Examples are the best way to introduce these chronicles. So - here are some clippings from the school chronicles...

Beginning of the school year and miscellaneous events

School yeyars 1888-1889 began on Monday 17th September. The masses were held on 19th September because of Kermesse which took place during this time. Because of this event people from all around, near and far, came to the parish church and the church was fully packed with the pious people.

Death and burial of the headteacher Václav Neidl

When the headteacher Mr. Václav Neidl wrote down the last words into this book, he didn't expect that his death will soon confirm the words he wrote those days: "Oh, how everything is so pointless and quickly passing in this world."

Basic and national school in Němčovice 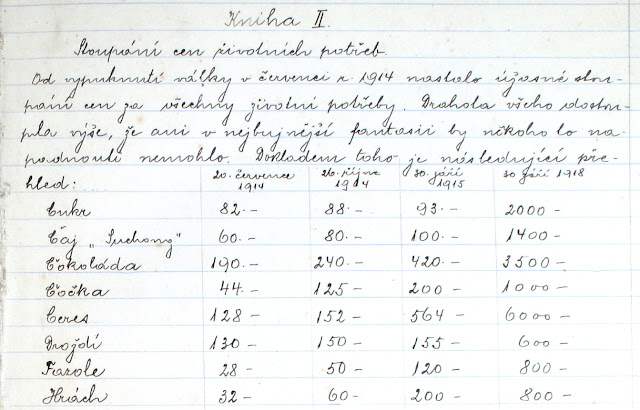 Rise of the basic needs prices

Since the beginning of the war in July 1914 the prices of all basic needs skyrocketed. Price of every item rised so high that we wouldn't expect even in our wildest dreams. Following overview confirms it:

Sugar / Suchong tea / Chocolate / Lentils / Margarine / Yeast / Beans / Peas (and much more in the chronicle, see the link above the picture)

Do you want to read more from the school chronicles? You can! Become our patron on Patreon and gain access to posts which were written for patrons only: https://www.patreon.com/czechgenealogy