Small village Dehtáře is located in Pelhřimov district in the Vysočina region, near the main road connecting towns Humpolec and Pelhřimov. Its name comes from the word dehet, which means tar. Dehtář was a tar maker, ie. this village was originally place where tar makers lived and worked. 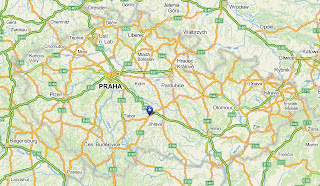 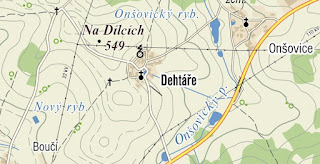 There were many owners of the domain and Dehtáře village between 1420 and 1620. Jan from Říčany, who owned the domain at the time of Bílá Hora battle, was a part of the Czech uprising against Hapsburg, therefor he lost his property after 1620. The village then belonged to the Prague archdiocese until the administrative reform in 1848.

The village is used today mainly for individual recreation. There are not too many houses today and only about 35 inhabitants. Chapel of the Virgin Mary which was built in the neo-rennaisance style is located in the centre of the village. Photos of the village are available here: http://www.obec-dehtare.cz/fotografie/ 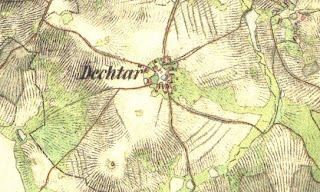 Some records for Dehtáře are also available in the Mladé Bříště parish where part of the Dehtáře houses belonged between 1707 and 1784.