You most probably bumped into that case. Your ancestors listed in census records, obituaries and other sources as from Bohemia - and then you search and search and search to find out they came from Moravia or Silesia. How is it possible? Why Bohemia is written instead of Moravia? What were the reasons?

If you read our blog regularly, consider becoming our patron on Patreon. We are publishing extra posts for patron only there, you can vote in our polls for next month topics and much more. See more on https://www.patreon.com/czechgenealogy
In fact the reason was just one: it was easier. You have to have in mind that before 1918 word "Czech" was used only for nationality. There was no Czechoslovakia or Czech Republic, just Bohemia, Moravia and Silesia. People from these lands were of Czech or German (less often Polish) nationality, not Bohemians, Moravians or Silesians. 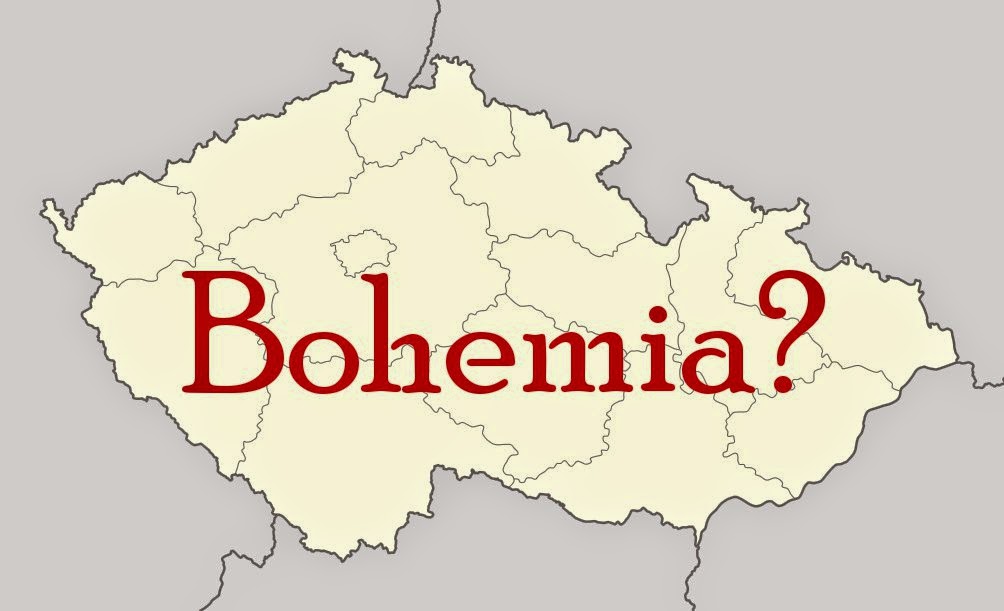 If someone said he was from Moravia, almost no one knew where it is. But if you said you were from Bohemia - almost everyone knew. Ah, yes, part of Hapsburg monarchy, right? Central Europe, Prague, tasty beer (yes, even in 19th century), great craftsmen! So people tend to say they were from Bohemia because then they weren't forced to explain where Moravia or Silesia is. And as people tend to make their lives easier, they started to use Bohemia instead of Moravia.

David wrote in a comment to this blog "I have also noticed in U.S. Census records that we seen Bohemia listed often, but Moravia hardly ever." Well, it's not completely true - for example 1900 U.S. Census shows 461,269 records for Bohemia and 310,418 for Moravia. But many of those who had Bohemia listed were in fact from Moravia. My experience says that about half of people who left  to U.S. was from Moravia - and Moravia is much smaller than Bohemia (about 2/5 of Bohemia's area)...

So if your ancestors stated anywhere (even in their memories) they were from Bohemia... Trust, but verify as one Czech proverb says. :)
By Blanka L. - July 07, 2014