It was one of the first times I read about emigration to U.S. and other countries in 19th century when I found out a mention about emigration advertisements which were published in Czech newspapers. These ads offered cheap tickets, full service connected to emigration and much more. I never paid to much attention to this until I bumped into one of such ads in old newspapers when looking for another article.

Not only these ads (some of them are part of this blog post) are interesting, also other documents available online, such as pamphlet Americký vystěhovalec: Spolehlivé zprávy a rady pro české vystěhovalce na cestu do Ameriky (American emigrant: Reliable notes and advices for Czech emigrants for their trip to America) from Josef Pastor. He was employee of the German-American Line in Hambourg and he assisted Czech people during their way over the see - not for free of course... He and his work is described in The story of my life by František J. Vlček which is partially available online on Google Books. 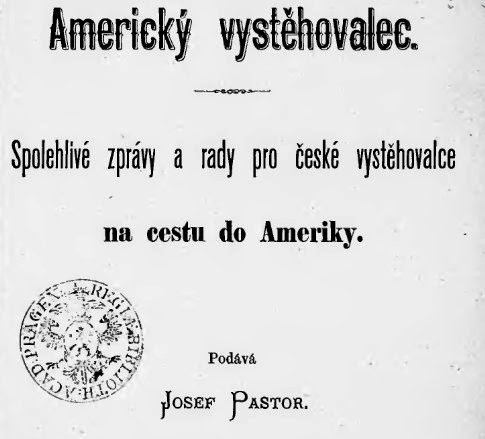 Let's take a look on those ads. They most often offered ticket to the ships leaving Hambourg to U.S., railroad tickets from Prague to Hambourg, loans and more. First ad is from 1873 and it shows one of the ships of Hambourg-American Steam-Navigation Company which offered direct lines between Hambourg and U.S. There is a list of their ships available - Allemannia, Alsatia, Bavaria, Borussia, Cimbria and others. Maybe some of them carried your ancestors as well? 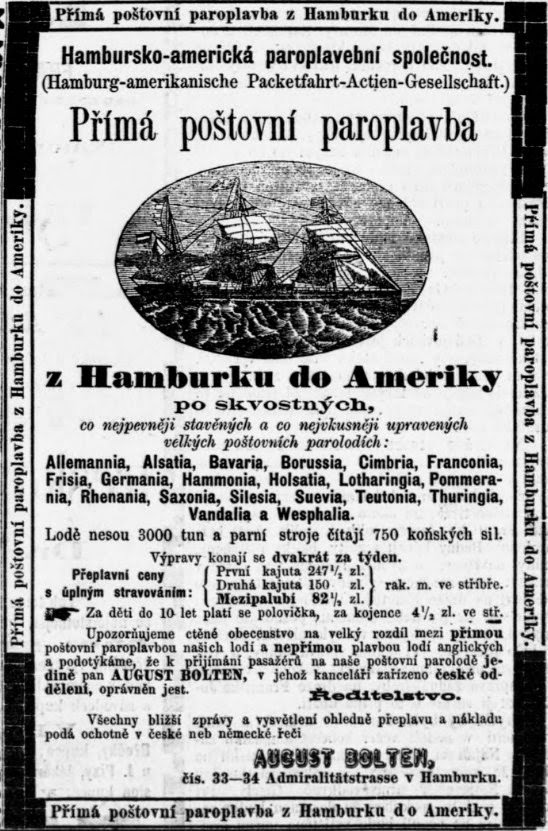 There are prices shown in the ad - prices shown in Austrian currency. The cheapest tickets (for tween decks) were for 82 and a half florins (guldens). For your idea - one cow cost about 20 to 30 florins during those days, 100 kilos of corn was for about 5 to 8 florins.

There were quite many of such ads in old newspapers - and some of them over half of the page of newspapers, such as the following one from 1911. It was an ad of Bohemia bank which provided ship tickets, railroad tickets, money exchange and of course loans. It also had a travel agency (as shown on the next ad from 1913) which provided whole service connected with emigration. 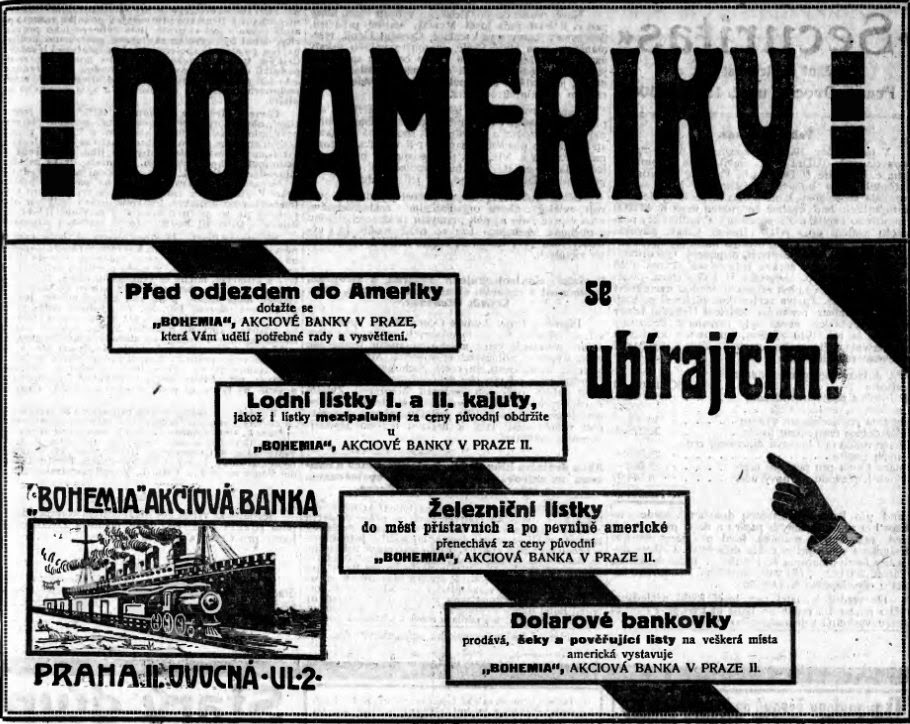 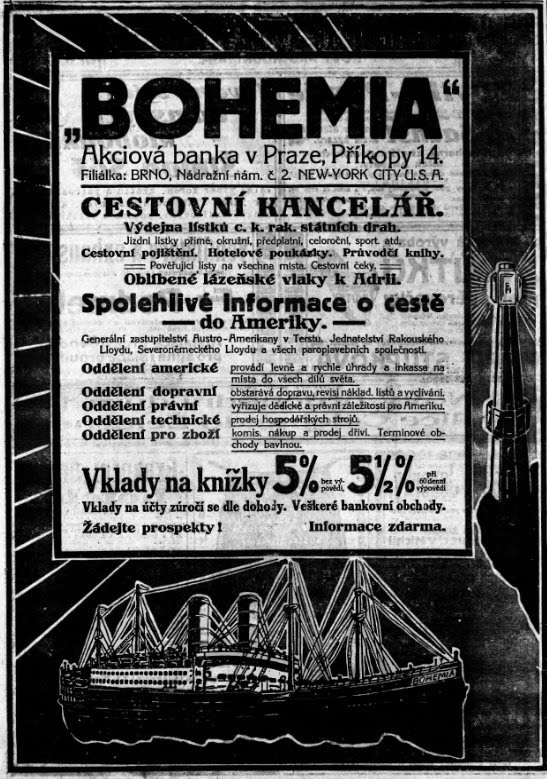 Services of such agencies were used by many of people leaving the country - it was easier than to sort everything by themselves. Anyway - some of these offers, mainly those printed in small writing, were false ones and people often lost money because of them. But it's another story...
By Blanka L. - January 13, 2015