Jewish roots in Bohemia and Moravia

There is a great webpage which describes Jewish-Czech research - you can find it on JewishGen. And honestly - it's quite tough to trace Jewish roots in Bohemia and Moravia. It's almost impossible to get prior to 1700 if your ancestors were "ordinary" Jews. Registries as we know them from Catholic church are available just partially. There are many other sources but almost nothing is available for online research. 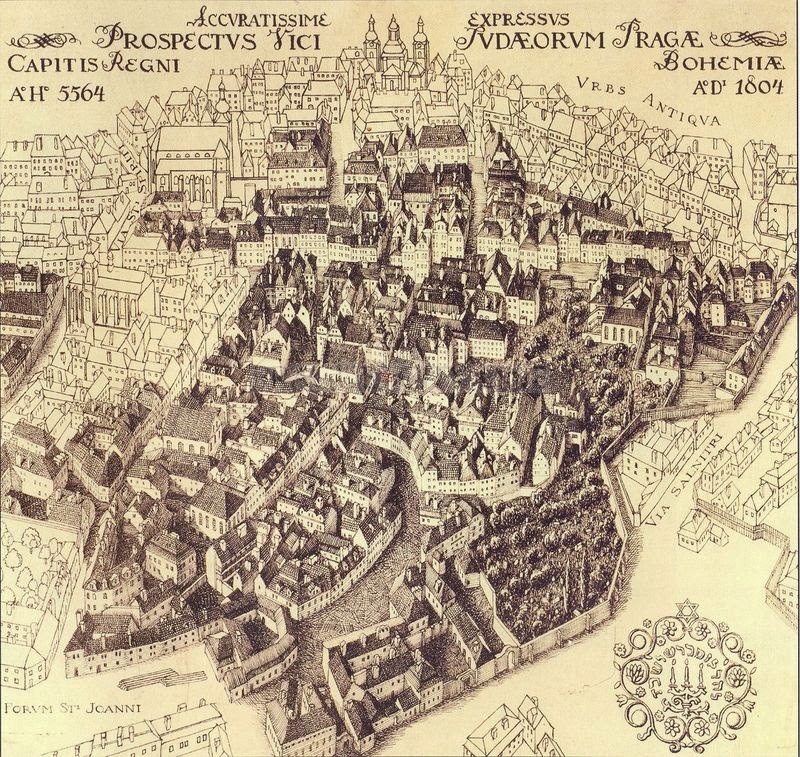 First attempts to register all Jews living in the Czech Kingdom took place in the first half of 18th century. First Jewish census took place in 1724 and "families law" was issued based on this census. This law limited the numbers of Jewish families in Bohemia (8541 families) and Moravia (5106 families). How it worked? New family could have been created only by the oldest sons and new family could have been created (ie. someone could marry) only in case there was an empty space (ie. some other married man died). It was quite complicated law and it was the only reason why there were so many illegitimal children - even if man and woman lived together and had family, they couldn't marry until there was an available "space".

These families were written down in the "Familianten Buchen" (families books) - first were created in 1726. These books are one of the main sources for Jewish genealogical research prior to 1784.

Since 1784 there were Jewish registries - they were based on a law by the Emperor Josef II. There were two types held - those by rabbis and those by catholic priests (so called "controlling registries). Unfortunately most of the original Jewish registries were destroyed at the end of 2nd World War. Just a few of them were preserved till today - so catholic copies of these books are currently used as originals. These registries are available online on Badatelna.cz. As the website is available only in Czech, I'll prepare a short guide to it.

There are many other sources - lists of Jews kept by the domain administration (you would have to search directly in domain archives), document collections of Jewish municipalities (stored in state district archives), tax documentation (collection Židovská komise in the National Archives in Prague), inheritances and testaments (very specific source, but really rich one in some cases). All these sources can provide you small pieces of information about your Jewish ancestors. But the research takes hours and hours spent in archives.

I was asked in Jews converted to Catholicism so they were not forced to leave the country. No, they weren't forced to convert as they belonged under the direct jurisdiction of the king. They were protected by him (but not too strictly as many pogroms in our past show) and they were used by him (great financial source, right?).

You can find Jews converting to Catholicism in some registries, but those are just few hundreds of cases during last five centuries - reasons were mainly economical (marriage, better social ranking and so on), not religional.
By Blanka L. - January 08, 2015