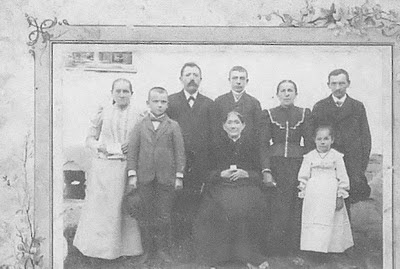 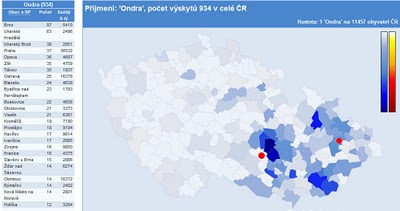 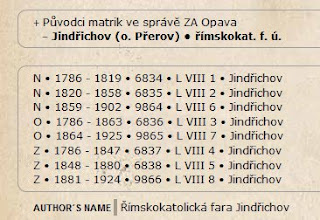 As I knew that Anna immigrated to U.S. in 1894 and her children were 7 and 3 years old, they should be born in 1891 and 1887. The correct registry should be N 1859-1902. I searched this registry for any Ondra family where wife was named Anna as Anna was mentioned as widow in the immigration record.
Well, there was no such family in the registry. BUT there were two children of Anna Ondra, unmarried mother, daughter of Gotthard Ondra and his wife Marie Anna nee Váňová from Jindřichov. These two children were Adolf, born in 1887 (middle of right side), and Marie, born in 1891 (first on left side).
It seems Anna didn't tell the truth about her status when she immigrated into U.S. - being a widow was definitely more respectable than being a single mother. She was young and married in U.S.to Josef Filip, had another children and founded new family.
I haven't found Anna's birth yet - she should be born in about 1864 according to her immigration record, but she was not born that year according to the birth registry. I'll keep searching - it's probable her father's family was living in some other place when she was born...
By Blanka L. - September 24, 2011