There are just few types of rural settlement all over the world - even the conditions in which the settlements developed were different. Czech environment knows three basic types - linear settlement,  nucleated settlement and dispersed settlement (oh my, it took me too many minutes to find English phrases!). There are almost no villages of clearly one type today, but let's take a look on these types using old maps.

Linear settlement
This type of settlement is common anywhere where road was in the first place. Linear villages were often founded next to an inn where everyone stopped for refreshment. Then houses started to grow up and down the road from the inn - and then there was a village. The center of the village is the road, therefor it's also called a road type of settlement. There are quite many of them in Bohemia, Moravia and Silesia and here is an example (Salaš, Zlín district): 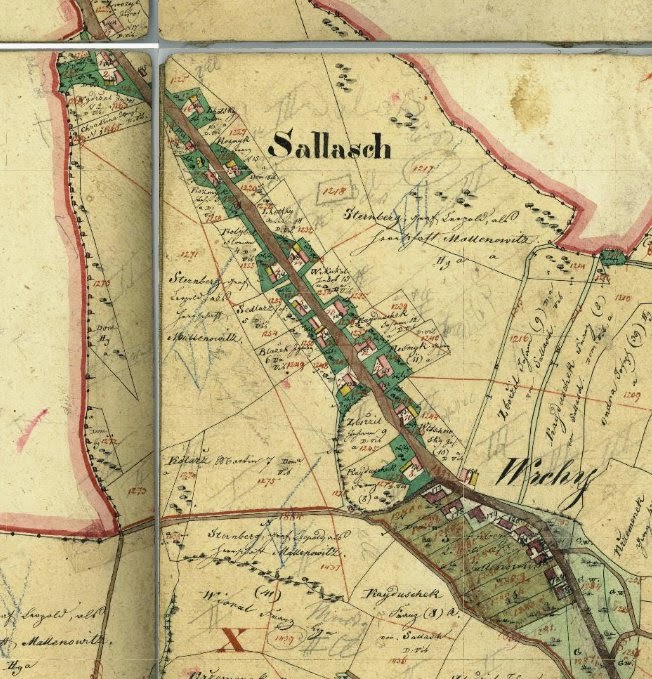 As you can see, the houses are placed next to the road which goes through the village. There are more houses in this village today, but the settlement type is still visible: 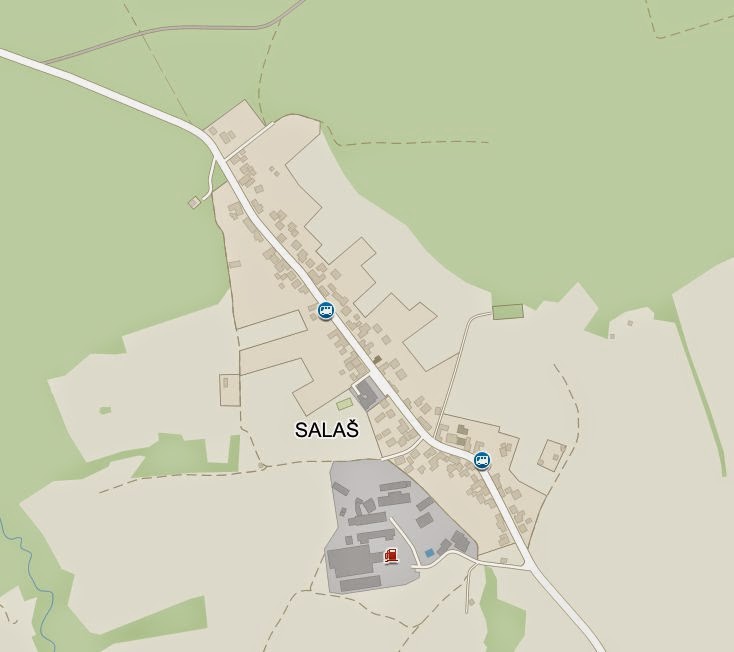 Nucleated settlement
This term is derived from word nucleus, core. We can also call it core or square settlement. The village was built around a village square which was created when the village was founded. We can imagine it as a bead (square) on string (road). There often was a pond or a church in the middle of a square - as in case of my example, Strachoňovice in Jihlava district. 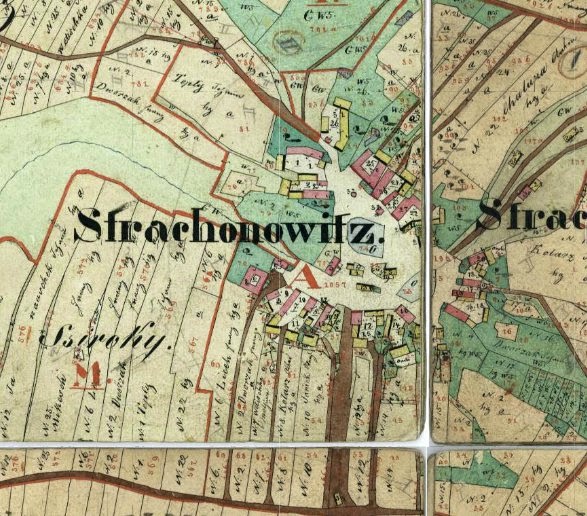 As you can see below, the village lost its original type a bit during the last century. Many new houses were built, mainly next to the roads. But the core is still the same - houses around the square and pond in the middle of it. 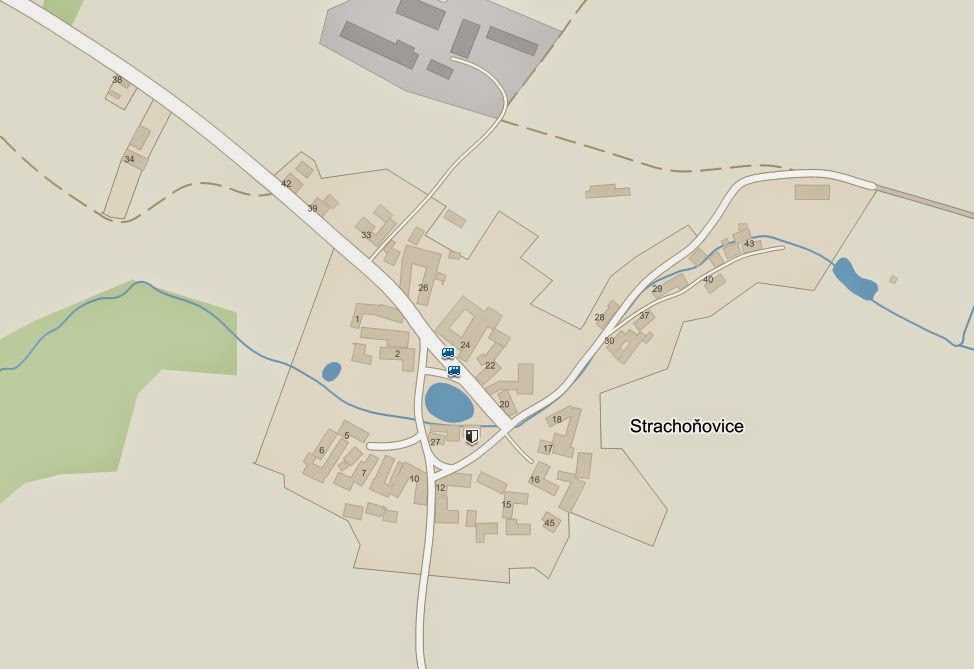 Dispersed settlement
This last type was often in mountains and other areas where "normal" settlement was not possible (deep forests etc.). There were quite many clearings in the forests and then those lone houses were "connected" into a village. There usually was some core down the creek or so, but many houses were too far away from it. To this type of settlement belong those villages where many "pasekářs" lived (I mentioned them in One hide, half hide). Typical example of dispersed settlement is Neratov in Orlické hory.

Houses are scattered on the forest border today as many of the fields vanished during the communism era as this village is right on the Czech-Polish borders. 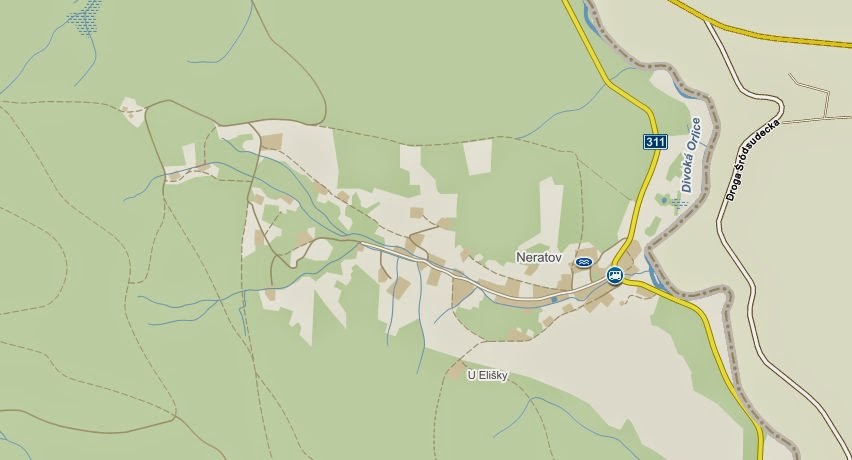 Most villages are today of mixed type between linear and nucleated settlement type. But many of them were originally one of those two types. Take a look on old maps - these maps show those types much better than the current ones.
By Blanka L. - November 01, 2014